Authorities have revealed that raccoons in Central Park have been dying from a viral outbreak of an infectious animal disease that makes them act like ‘zombies.’

It’s believed that 26 raccoons found dead in the park since June 24 were infected with canine distemper virus, which is contagious to dogs if they haven’t been vaccinated against it, officials told the New York Post.

Symptoms of distemper include unusual tameness, disorientation, a ppearing confused, lack of coordination and aggressive behavior, and have been noticed in other raccoons around the park.

‘They looked like they were circulating, wandering, having spasms,’ Dr. Sally Slavinski, an assistant director at the Health Department, said.

Authorities believe that 26 raccoons found dead in Central Park since June 24 were infected with canine distemper virus, which is contagious to unvaccinated dogs and other animals; This file photo shows raccoons in Central Park in April 2007

Two of the 26 raccoon corpses that have been found in the park in the last month were tested and returned positive results for the canine distemper disease on Friday, city Health and Parks departments said on Saturday.

The others were not tested, but are believed to have died of the same cause given the timing of their deaths and the close proximity in which their bodies were found, in relation to where the infected raccoons were found.

Raccoons remaining alive in the park that appear to be infected have city personnel worried.

‘Some of the [living] raccoons had some sort of nasal discharge,’ Slavinski said. 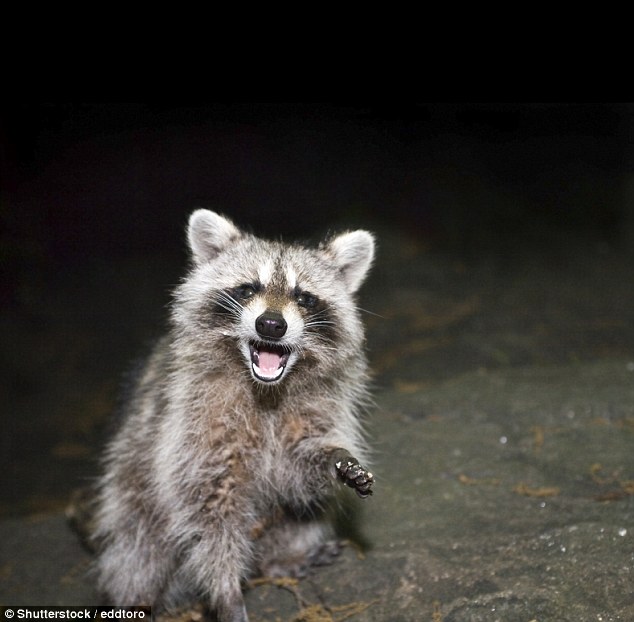 Living raccoons spotted in the area have appeared to be infected, as well, exhibiting the zombie-like symptoms associated with distemper of appearing confused, lacking coordination, and aggression, according to city personnel; This is a stock photo of a raccoon

The nasal discharge is alarming, because the disease can be spread when other animals come into contact with the bodily fluids, such as saliva, urine, feces or respiratory discharge, of an infected animal.

Humans cannot contract canine distemper from an animal, like they can with a disease like rabies. None of the dead raccoons tested positive for rabies.

While dogs and cats in the city are required to be vaccinated for rabies, distemper vaccinations are only required of animals that are taken to boarding or grooming facilities.

‘[Charlie] sees a raccoon once a week, and he goes nuts after it. Now I’ll have to be careful where I let him go.’

In addition to unvaccinated dogs, other animals at risk include Central Park skunks and exotic large cats, like the snow leopards at the Central Park Zoo.

Canine distemper can also spread to coyotes, foxes, and ferrets.

The body of the most recent raccoon believed to have died from distemper was found on Saturday morning at East 106th Street and East Drive.

It’s not know whether the distemper outbreak has spread to any other parks in the city, at this time. 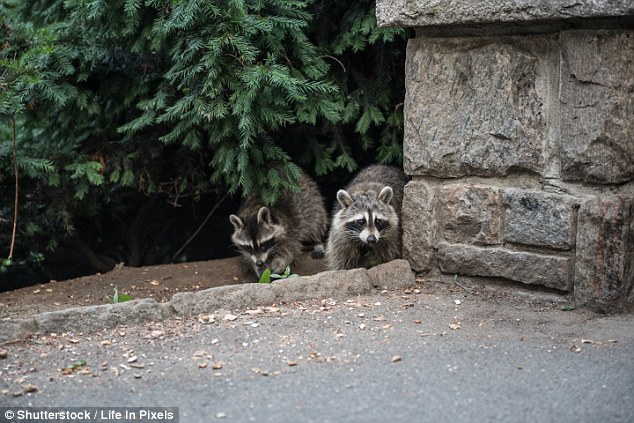 This undated file photo shows raccoons in Central Park, by a stone structure