Gigi Hadid’s great at making headlines, so naturally she’s an expert at wearing them, too. At Jeremy Scott’s Spring 2020 fashion show, the supermodel arrived in overalls plastered with news stories—appropriate, since the runway itself was loaded with colorful clickbait. 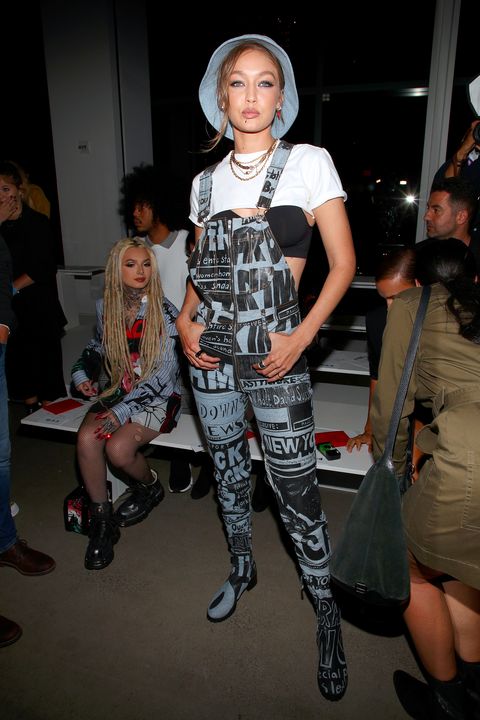 A mash-up of Jem, GLOW, and Scott’s own ’80s youth, the collection itself had neon prom dresses, “Papa Don’t Preach” corsets, and heavy metal tees. Models wore bright, spiky wigs by Eugene Souleiman to conjure their inner Kimber, with long slashes of black eyeliner on the outer edges of the lids and dabs of iridescent pink, blue, or green on the inner corners. (Tone down the pigment by 50 percent and you have a very pretty way to change up your eyeshadow game.) 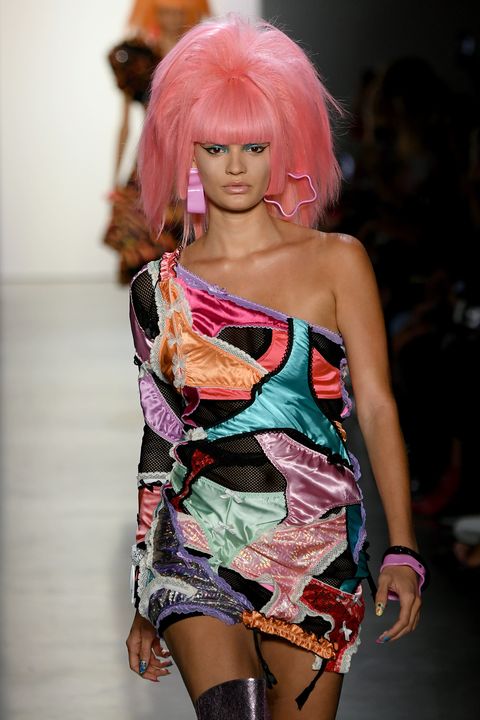 A thong dress at Jeremy Scott

There was also a thong dress—as in, honestly, a dress made entirely out of metallic thongs—and the Dior muse Ruth Bell in thong pants and a thong tennis jacket that was half Golden Girls and half Showgirls. 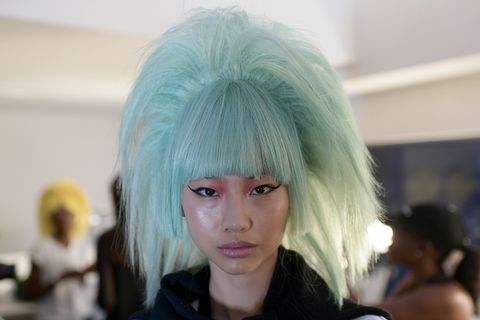 Hair by Eugene Souleiman and makeup by Kabuki for M.A.C Cosmetics at Jeremy Scott

Besides the underwear-as-outerwear, the collection was created using over 30,000 Swarovski crystals that jangled down the catwalk. “I was thinking of them as dripping and fringed,” Scott explained, though the grand finale—a white bikini top and matching miniskirt adorned with swingy beads—was more like an atomic explosion.

Led by Gigi and Irina Shayk, the front row whooped and hooted for Candice… unless they were actually screaming for her silver go-go boots, which is totally understandable. Those things were lethal. 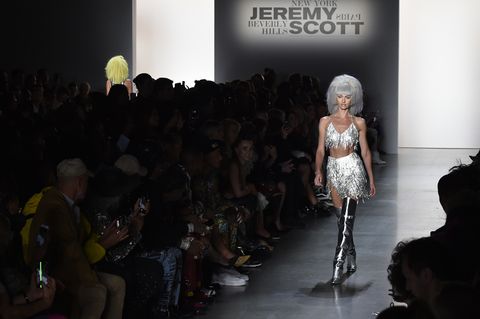