Alexander Wang and Bvlgari are kind of like X-Men with better shoes: alone, they’re a force; together they’re unstoppable. That’s the verdict after last night, anyway, when Wang debuted his remake of Bvlgari’s famous Serpenti Forever bag, and threw a party for the ages. Scroll down for details that’ll make you feel you were there―but also that you got 8 hours sleep. (Oooh, sleep…)

Erin Wasson Gets a Head

The Theme Was The ’80s
“I stumbled on a rerun of Mannequin,” says Alexander Wang, and that’s where his party starts—literally. In the ’80s classic, a very young Kim Cattrall comes to life after being a plastic poser. In Wang’s remake (or at least his new ad campaign), the living doll is Hailey Baldwin Bieber, and she’s clutching a charmed Bvlgari bag that makes magic happen. 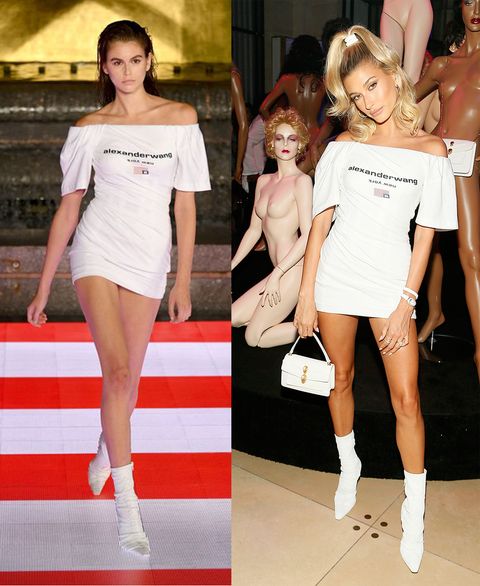 An “It” Dress Was Born
Hailey wore a clingy white Alexander Wang dress and ankle boots—the exact same runway look as seen on Kaia Gerber during Wang’s last show. It will now be known as The Dream Girl Dress, and will soon have a waitlist just to try it on. Sigh. 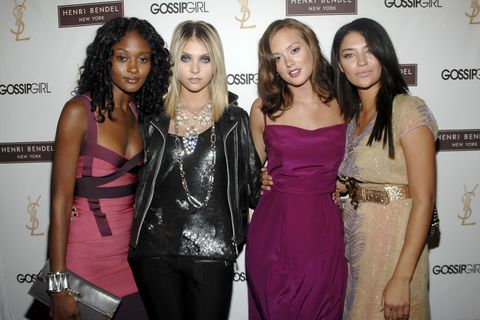 A Gossip Girl premiere at Henri Bendel in 2010

That’s because the party happened inside the old Henri Bendel, a.k.a. the uptown department store where Blair, Serena, and Little J shop and scheme. Shuttered since January, the iconic space was revived for one night only, and guests like Brittany Snow (a Gossip Girl guest star) sipped cocktails in the windows… much like the elite teen terrors themselves.

Beauty Junkies Got Punk’d
For years, rumors have swirled that Alexander Wang would finally drop a beauty collection, likely something in the world of skincare because, as he’s said, “I’m obsessed.” While the bash did have branded jars of moisturizer and pump-tubes of serum, they were filled with soft serve ice cream, candy, and sprinkles. It was worth th Sugar Face. Oh, and the Alexander Wang x Bvlgari perfumes on all the counters? They were filled (and refilled, and refilled) with booze. Not that we’re complaining… 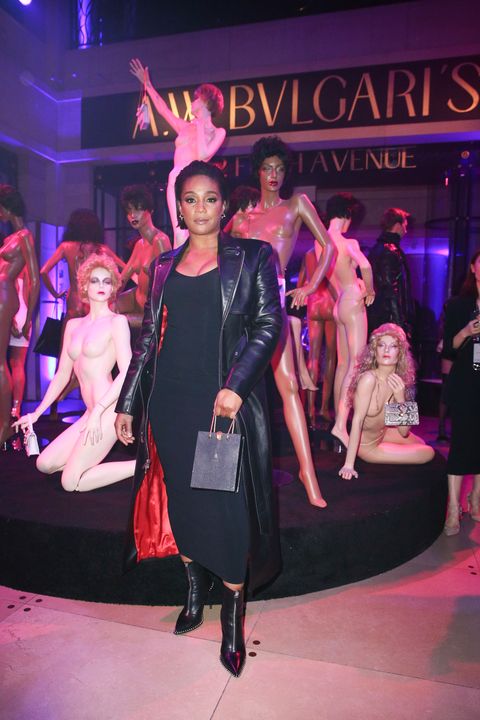 Tiffany Haddish Is Gifted
From a distance, the “gift bag” Tiffany Haddish carried seemed like standard shiny swag bag. Up close, it was a trompe l’oeil with serious luxury cred: a snakeskin Bvlgari box bag with a super-thin gold chain and a gilded snake’s head for a seal. Damn, it was stealth.