Over the past few months, I have cultivated a style perhaps best described as The Big Lebowski meets Auntie Mame. After stay-at-home orders removed any semblance of a routine, I turned to piling on odd, clashing garments, as if I were starring in a one-woman, millennial version of Grey Gardens. I may not be a distant cousin of Jacqueline Kennedy Onassis’s living in a crumbling manor, but the sheer loopiness of the way I’ve chosen to dress feels fitting in a world where a viable conception of “normal” no longer exists.

I’m hardly the only fashion enthusiast who has turned to incongruous outfits to get through trying times. The Instagram account @wfhfits (Working From Home Fits), where people submit images of what they’re wearing to, yes, work from home, has amassed over 24,000 followers for its haute-deranged aesthetic. Among those featured are individuals—including Diane Keaton and Henry Rollins—flaunting extraterrestrial sunglasses, marabou-trimmed pajamas, and lacy vintage slips. If the words of RuPaul—“You’re born naked, and the rest is drag”—are any indication, people have dropped the facade of straitlaced convention and embraced dressing for themselves. 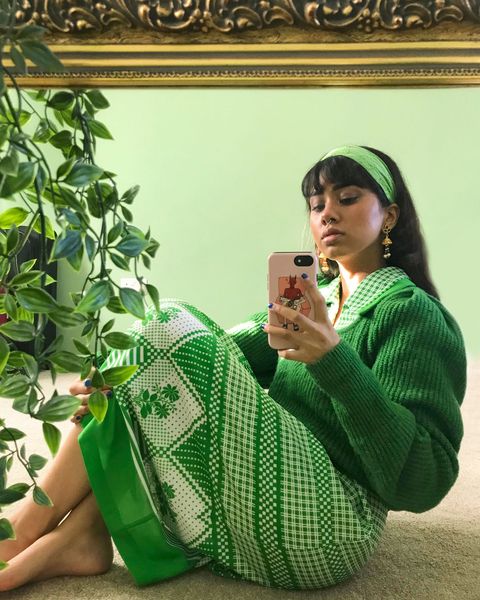 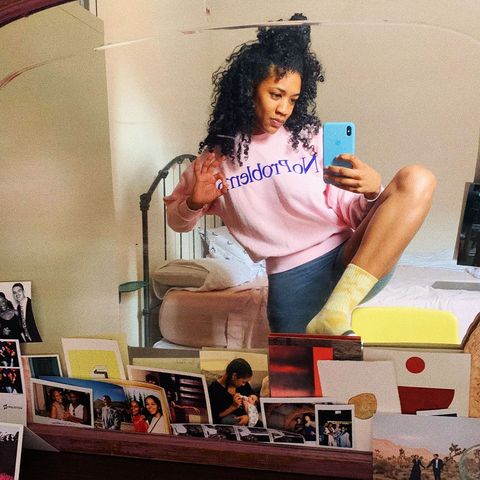 The painter Jeanine Brito has used the stay-at-home imperative as an opportunity to prance around the house in flouncy taffeta ball gowns with jeans underneath. “On Zoom calls for work, it’s become a meme that I’m always wearing some sort of prom dress,” she says. In the Before Times, Brito loved acquiring beautiful dresses but rarely found occasions to wear them. “It feels like there are no more occasions,” she says, “so why not wear them now?” 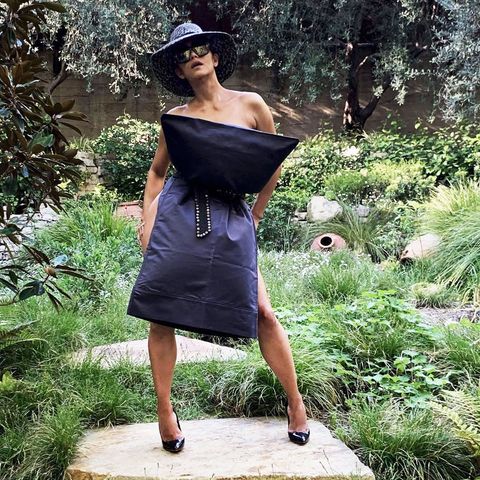 Halle Berry does the #PillowChallenge. 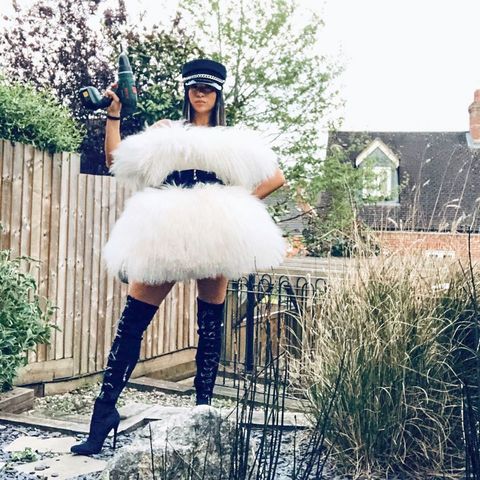 A similarly wacky spirit animated the hashtags #MetGalaChallenge and #PillowChallenge, in which household objects like newspapers and bedsheets, or belted pillows, respectively, were repurposed into faux-couture dresses. As with WWII “ration recipes,” in which baked peanuts were touted as an alternative to meat, and gelatin stretched one pound of butter into two, these screwball competitions may help satiate the desire for high-stakes fashion drama while the red carpet is on hiatus. 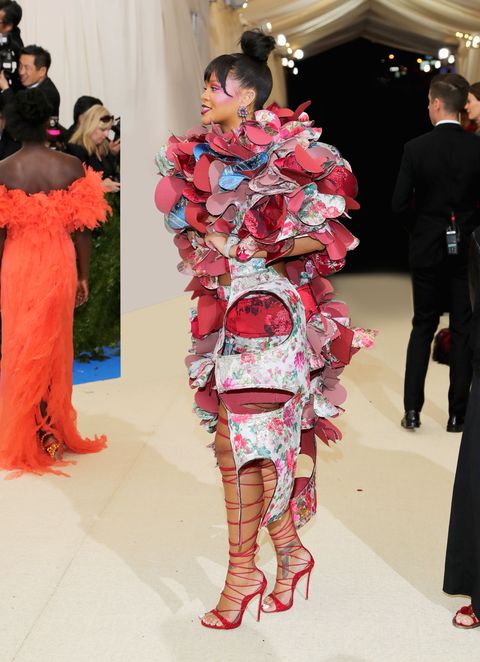 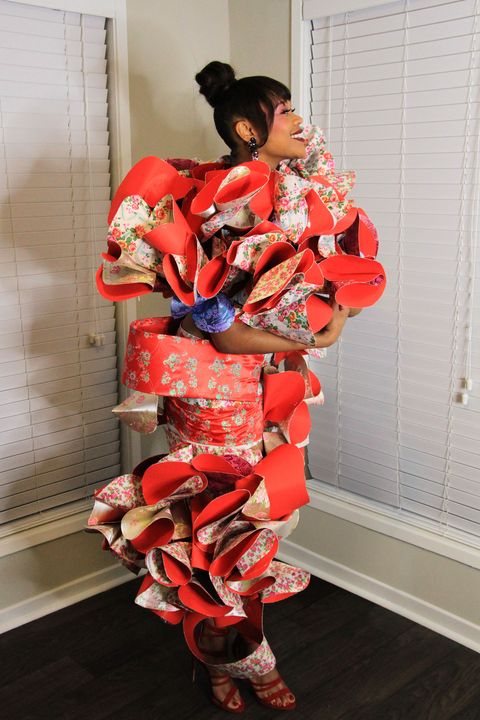 Jai’ Lon Lightfoot (@Jaidotfoot)’s homage to the look on Instagram, part of the #MetGalaChallenge.

All of this newfound maximalism comes hand in hand with comfort. “Historically, most crises, like world wars or depressions, have exaggerated the trends that were occurring before the event happened,” says Valerie Steele, the director and chief curator of The Museum at FIT. Which means athleisure may finally triumph in the steady battle of attrition it has been waging against traditional dress codes for the last decade. Now that people delineate between “hard pants” and “soft pants,” the rigid confines of raw denim may never trump the downy yield of an elastic waistband ever again. But it also seems possible that our once-competing desires for comfort and glamour will merge, and there will be greater pressure for garments to check both boxes. 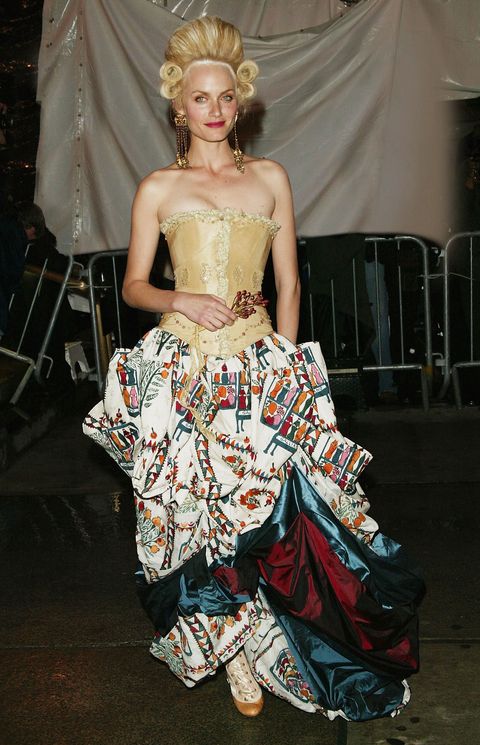 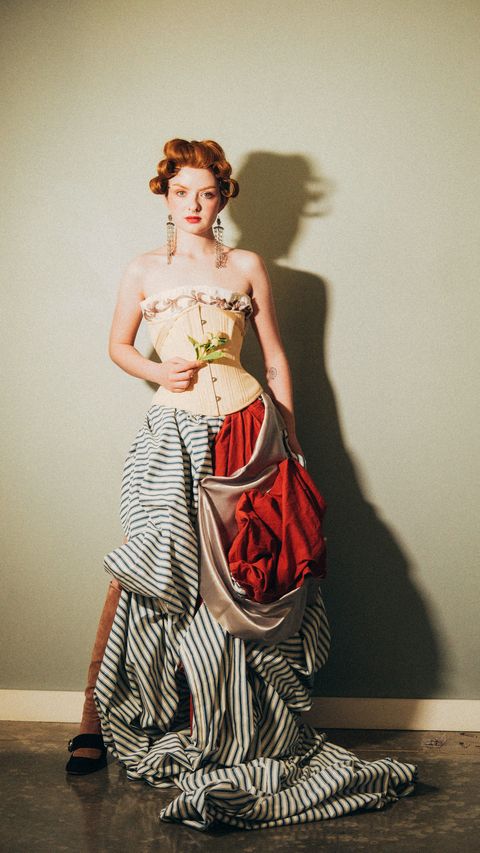 For every individual nestled in a sweatpants cocoon, there will be those who gravitate toward the most garish, outré getups imaginable instead. “After the Black Plague in the Middle Ages, fashion became more exaggerated,” Steele says. “Suddenly men were wearing tight breeches and doublets, and women were wearing dresses with low décolletage.” The Frankenstein monster outfits we’re seeing now are the opposite of “another sun-kissed influencer being paid to wear something boring at their modern vacation home in Malibu; it’s people at their wits’ end putting together outfits for the love of the game,” says Chris Black, founder of Done to Death Projects and a frequent contributor to @wfhfits. It’s less about an imperative to look good and more about finding the joy in fashion. If quarantine has given us anything, it’s the permission to finally dress however we damn well please.

This article appears in the September 2020 issue of ELLE.

GET THE LATEST ISSUE OF ELLE

This commenting section is created and maintained by a third party, and imported onto this page. You may be able to find more information on their web site.