In 2011, Maisie Williams made her professional acting debut as Arya Stark on Game of Thrones. Since then, we’ve watched Williams grow not just into an actress beloved by pretty much everyone (including Drake), but someone to watch on the red carpet as well.

In the past she’s worn Coach, Thom Browne, and Miu Miu, but for the 71st annual Emmy awards, Williams decided to go custom, creating a JW Anderson gown in collaboration with the label’s founder and creative director Jonathan Anderson, plus designer Reuben Selby, who happens to be Williams’ boyfriend.

“I’ve always wanted the perfect custom red carpet dress—something that I feel really confident and comfortable in,” Williams tells ELLE.com. “I asked Reuben if he would design something with me in mind: my height, my shape, my likes and insecurities. He must’ve drawn up around 30 sketches, but we picked our favorite ones and it just so happened that Jonathan preferred our favorite sketch.” 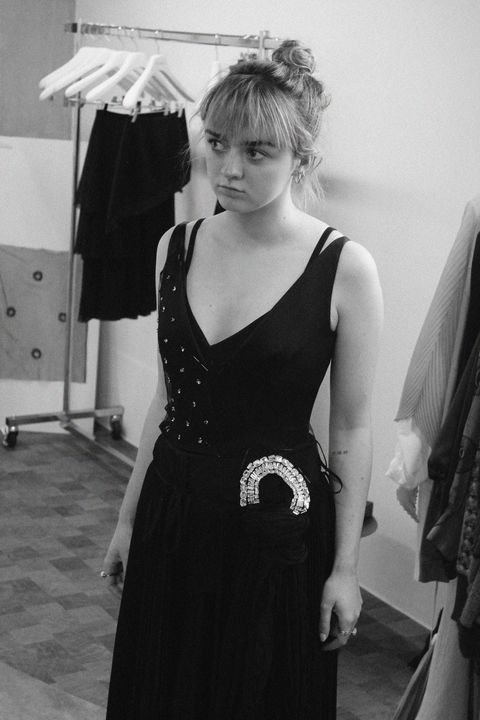 “Being 5 feet tall, it is almost impossible to wear something straight off the hanger. After making what I think is the perfect dress, I just don’t know how I’ll ever wear anything that isn’t custom made for my short ass ever again!” Williams says.

Over the course of several meetings and fittings, the trio dreamed up an asymmetrical dress created from various black fabrics featuring custom embroidery and crystals. “Jonathan took Reuben’s sketch and added the defining details,” says Williams. “We had a lot of fun and, most importantly, I feel amazing in it.” 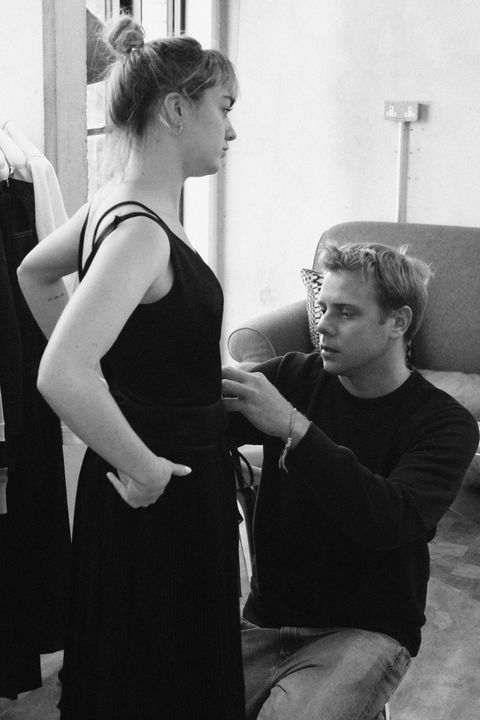 “The dress had to be effortless, but empowering at the same time,” says Selby. “My aim was to create something that removed the anxiety that comes from wearing a dress that isn’t quite right by making it so beautiful and stunning that it takes away the need to feel any consciousness.” 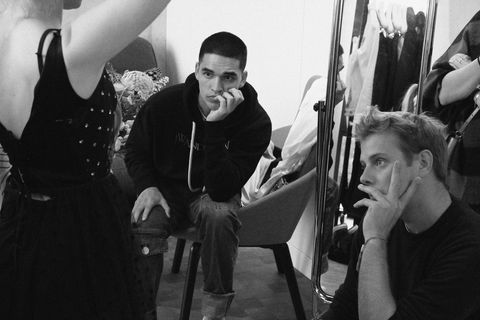 For designer Anderson, it was an honor to work with Williams and Selby. “They came in with a clear vision of what they wanted which I, as a designer, really appreciate,” says Anderson. “At the same time, though, they were so open to suggestions. It really felt like a collaboration. And, most importantly, it was fun!” 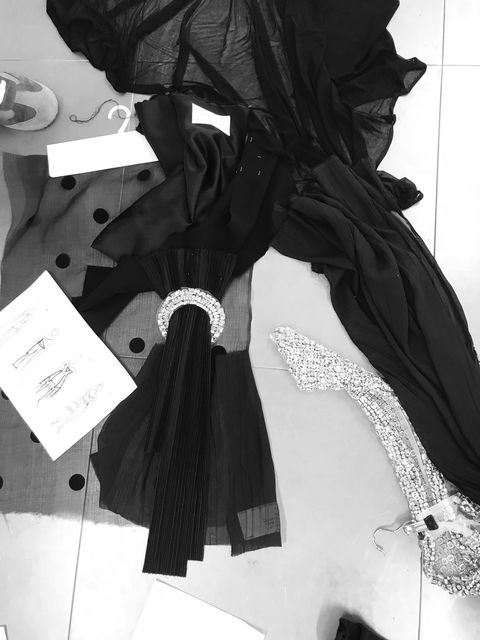 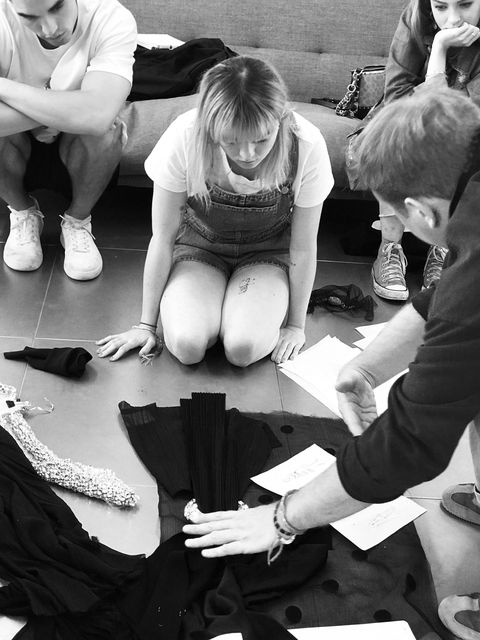