On the last day of New York Fashion Week, we were basically running on coffee and fumes. Thankfully, beautiful clothing, live music, and french fries at Matthew Adams Dolan got us through.

Yalitza Aparicio was the star of this season’s front row, which took in a show infused with American prep, Princess Di blazers, and sweaters declaring NO HATE—a complicated command when mixed with the clothes’ many military accents. Then again, it was kind of perfect: “Make Clothes Not War” is, after all, a Fashion Week mantra for the ages. 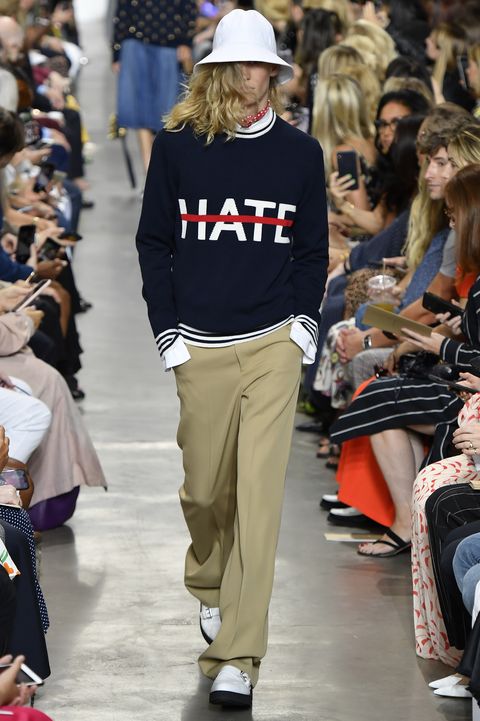 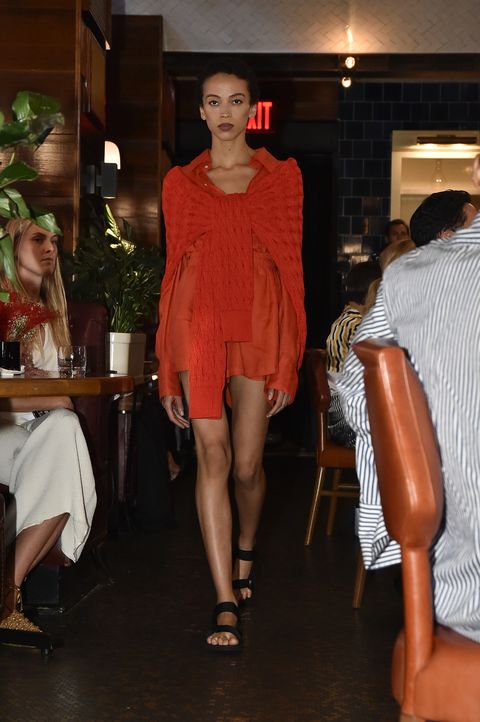 As a prolific young designer with a lot of buzz, Matthew Adam Dolan is no slouch. His collection was literally slouchy, though, with oversize prep staples like monogrammed oxford shirts ballooning from tight denim minis and twill a-line skirts. Stylist Gabriella Karefa-Johnson looped one model under a circle of cable-knit sleeves, making a country club trend—the tied shoulder sweater—into a cool cocoon cape. 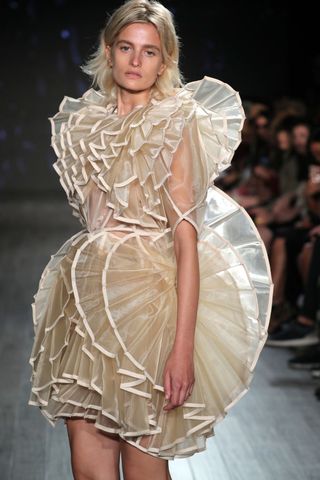 In the future, all our dresses will be 100 percent sustainable and biodegradable. In the present, this leaf dress is delightful, in a Honey I Shrunk the Kids kind of way. 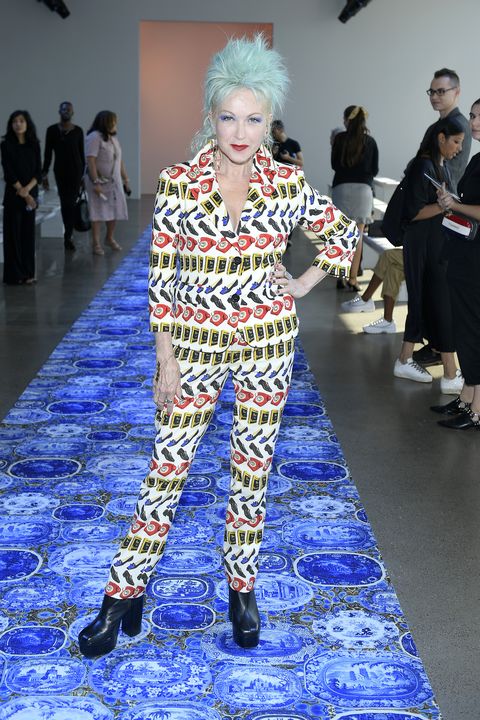 Marc Jacobs, Jeremy Scott, Proenza Schouler, and even Oscar de la Renta have grabbed onto ‘80s pop references for their boldest fall looks. But before Jem and the Holograms made neon eyeliner and spiked pink hair matter to Millennials, Cyndi Lauper pioneered the “happy punk” trend in her groundbreaking 1983 music video Girls Just Wanna Have Fun. When she arrived front row at Libertine, it was a kind of score-settling: This is the original; look and learn. 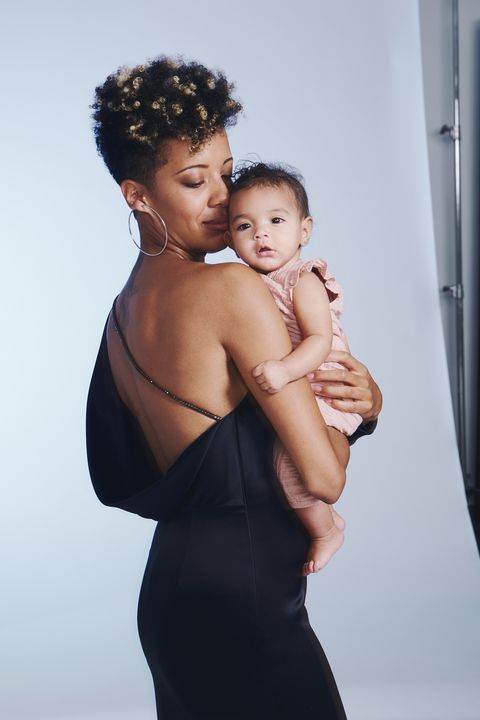 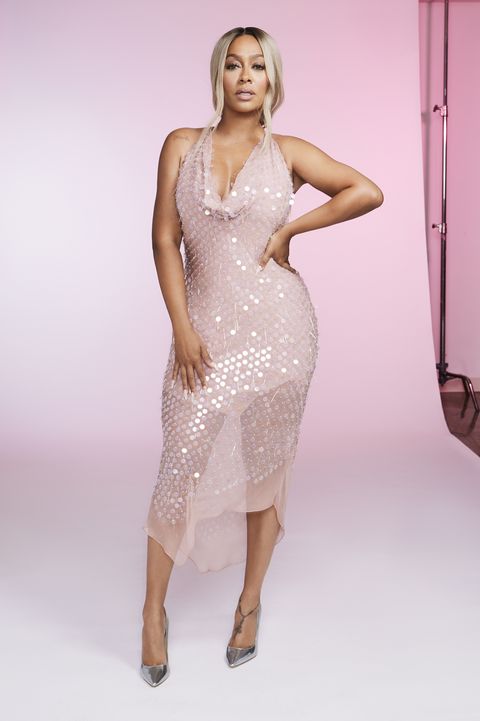 Because she just had a baby (!), Carly Cushnie’s skipped the runways this week, but Cushnie’s new collection is still here in full force. As captured in a photo shoot of inspiring mothers (including Lala Anthony, Bozema St. John, and Cushnie’s own mom Angela), the clothes mix gauzy pastel softness with the tactile strength of knots, twists, and sharp seams. Most looks are either one-and-done dresses or matching monochrome suits—an easy way for busy women to grab their looks and go. 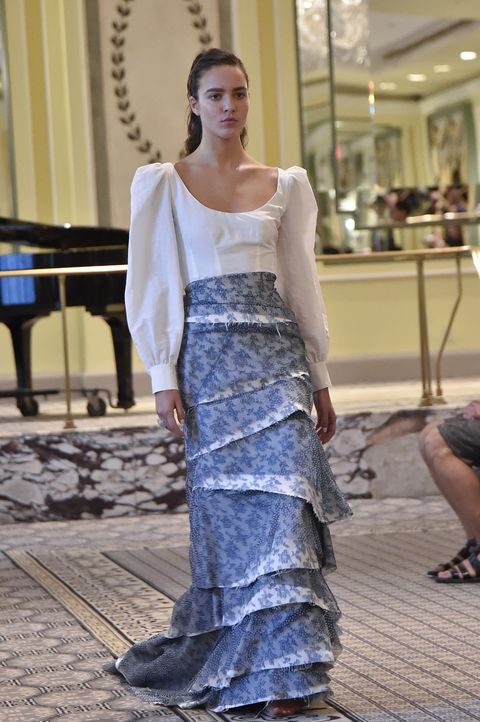 Back in the ‘90s, I wanted to dress like Felicity Merriman. Frankly, I still do. Thanks, Brock Collection, for making my American Girl dreams come true! 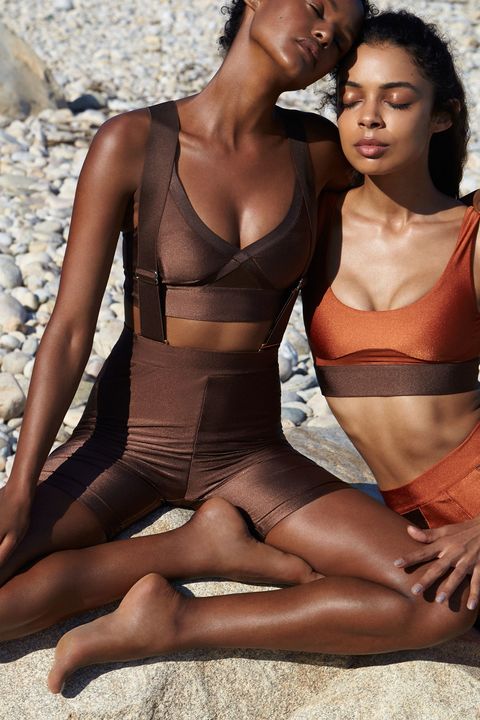 New York Pilates is notorious for its fashion crowd—in any given class, you’ll be planking beside stylists, editors, and quite a few runway models. So it seems like destiny—or at least savvy business—that the workout hub would making activewear. Designed by Thom Browne alum Elena Kibalchich, the range debuted not on a runway but a workout class, where NYP founder Heather Anderson led models in a series of stretches that showed off the clothes’ structured curved seams and satiny finish, meant to evoke the texture and strength of pointe shoes. 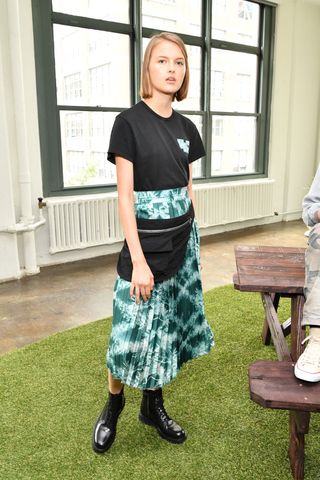 Oooh, so that’s how you wear a fanny pack with a pleated skirt. Super cute, solid recommendation, buying one immediately. 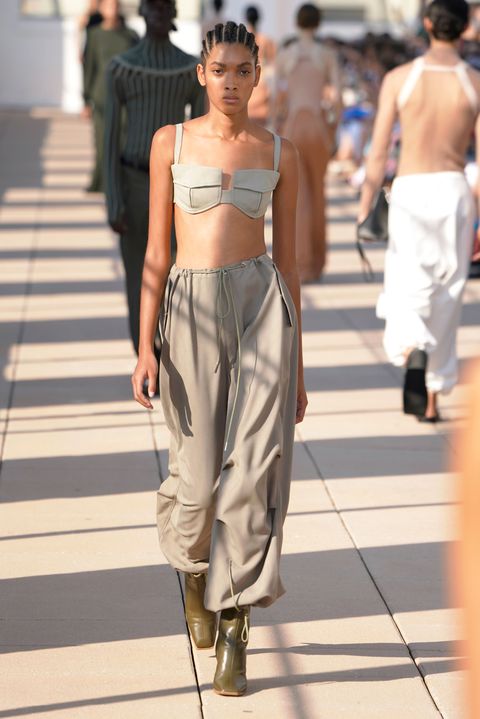 In a rather ingenious move, Dion Lee took a common party hack—keeping your credit card in your bra so you can dance without a bag—and turned it into a brand new garment. Behold the cargo bra, with pockets for the very few essentials and freedom from everything else. How modern is that? 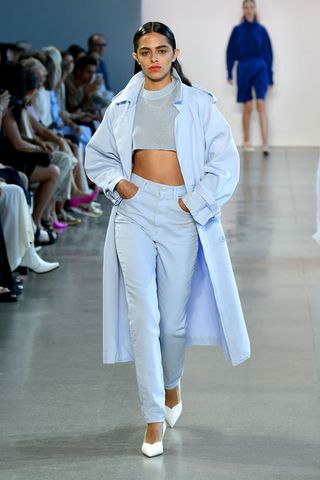 Another case for monochrome comes from this New York label, with ice blue suiting and red-on-red party outfits that looked like if you wore them, your life would instantly upgrade.