Winter is coming. And with it, the flu. I’m in Australia where they have just had one of their worst ever flu seasons, with 722 deaths, twice the normal number. Children under the age of five were particularly hard-hit.

Experts I spoke to believe the actual number of deaths is likely to be much higher, because many deaths, particularly among the elderly, are attributed to other causes.

As well as being far more dangerous, the flu season in Australia began earlier than normal – in April, which is autumn down under – and finally peaked a few months ago, in July.

British doctors worry that the influenza viruses that have been causing death and destruction in Australia will soon be making their way to the UK.

So what can you do?

The best way to protect yourself or your children against the flu is by having a flu jab, particularly if you are at high risk.

Although the flu season in the UK doesn’t normally start until November, there is a risk, if it follows the Australian pattern, that it will start earlier (stock image)

Although the flu season in the UK doesn’t normally start until November, there is a risk, if it follows the Australian pattern, that it will start earlier.

So it would be a good idea to get vaccinated sooner rather than later.

But there’s a problem.

The World Health Organisation normally tells flu-vaccine manufacturers which strains of flu they need to protect us against early in the year. This time they delayed their pronouncements to make sure the vaccines being used incorporate the strains causing Aussie flu.

But the knock-on effect of having to wait for health chiefs to give the thumbs-up is that some GP practices may not receive vaccines until late November.

If your GP surgery doesn’t currently have any vaccines, don’t panic. Instead, spend the next month making a real effort to increase your intake of foods that are rich in probiotics, also known as ‘healthy bacteria’, and, something you may not have heard of, prebiotics.

There is good evidence that doing so will improve the effectiveness of the vaccine when you have it.

HOW THIS GOOD BACTERIA CAN HELP

Probiotics are living bacteria found in fermented foods such as live yogurt, sauerkraut and kimchi. Prebiotics, on the other hand, are compounds present in fibre-rich foods.

They are not digested, but instead feed the ‘good’ microbes down in your gut, helping them to thrive. They are founds in foods such as garlic, onions and oats.

When viruses invade your body, your immune system responds by producing antibodies. These latch on to and help destroy the virus. Some of the ‘good’ bacteria in your gut – known as the microbiome – bind directly to immune cells, making them more active.

When a vaccine, like the flu vaccine, is introduced into the body, a similar process occurs. The jab contains inactivated flu viruses. These can’t make us ill. But they do ‘prime’ the immune system to create antibodies that recognise and kill those strains of the virus.

Good bacteria in the gut play a role in making these immune cells more effective in doing their job. So, having a healthy, diverse microbiome accelerates the power of the vaccine.

A recent study involving more than 600 people concluded that consuming pre- or probiotics boosted the antibody response to flu viruses by about 20 per cent. 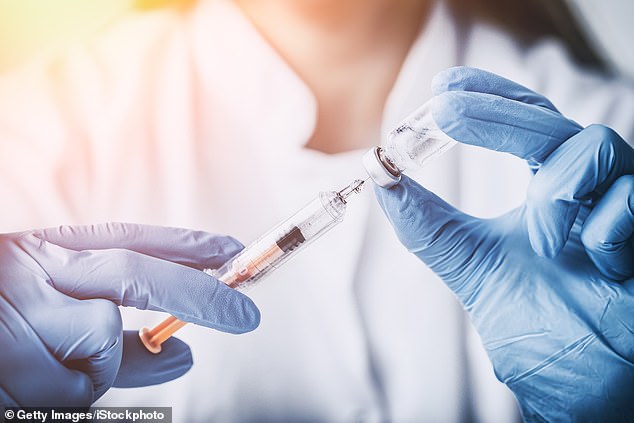 Good bacteria in the gut play a role in making these immune cells more effective in doing their job. So, having a healthy, diverse microbiome accelerates the power of the vaccine (stock image)

HOW ASIAN FLU ALMOST KILLED ME

Every winter flu kills about 800 people in the UK. More rarely there is a pandemic, which sweeps the world, killing millions. Pandemics arise when a new strain of influenza virus appears – one to which we have little natural resistance. It often happens when a virus finds a way to jump from another animal, like a bird or a pig, to us.

The greatest pandemic of recent times was so-called Spanish flu pandemic. It began in 1918, spread by soldiers returning home from the First World War, and is thought to have killed between 40 million and 100 million people.

I was born in Calcutta, India, in March 1957, just as a new, deadly strain of influenza virus known as Asian flu emerged from China.

It probably started in a bird, spread to a pig and then infected a human. It reached Calcutta in July 1957, and nearly killed me. My mother says I was extremely ill and that for a while it was touch and go. I recovered but others were less fortunate – nearly two million died.

A few years ago I had a blood test, for a TV programme I was making about the flu. The test revealed I still had traces of antibodies to Asian flu. 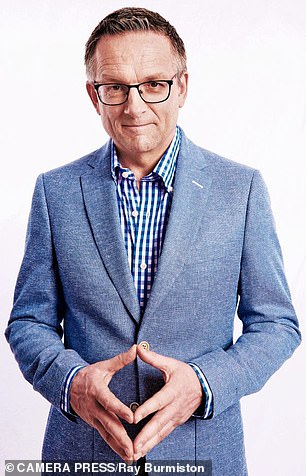 A few years ago I had a blood test, for a TV programme I was making about the flu. The test revealed I still had traces of antibodies to Asian flu

A few years later, in 1968, there was another pandemic, called Hong Kong flu. I was living in Hong Kong at the time (my father worked in banking, which is why the family lived overseas), an 11-year-old child, and again my blood shows I was infected. This outbreak was relatively benign, killing ‘only’ a million people.

The final great epidemic of the 20th Century was Russian flu, which hit Britain in 1977. I was a student at Oxford University and again my blood shows that I got it, and successfully fought it off.

Russian flu, however, was not really new. It was actually the re-emergence of Spanish flu or H1N1, which people thought had become extinct. Fortunately it seems to have mutated into a more benign form and though it swiftly spread, this time it did not kill on anything like the same scale.

There has been one other serious influenza pandemic, in 2009, popularly known as swine flu. I avoided that one, but it affected about 20 per cent of the world’s population and killed more than 200,000.

No one knows when the next Big One will strike, or how bad it will be, but a recent WHO report said it is not a question of if it will happen, but when.

SO ARE WE READY FOR THE NEXT ONE?

The good news is that we have learned a lot from previous pandemics and are better prepared to cope with the next one.

We have antiviral medication and antibiotics that will help us deal with the secondary bacterial infections that killed so many people in previous outbreaks.

We are also much faster than we used to be at identifying new viruses and developing vaccines to combat them.

A promising new technology, which could be a big help, is the creation of a new type of vaccine, known as a DNA vaccine. They contain just a gene from a virus which then helps prime the immune system to recognise and fight off that virus in the future.

They are, theoretically, faster and cheaper to make, in larger amounts, and are easier to transport and store – and as I’ve explained, with the flu vaccine, timing is of the essence. The first human trials of DNA vaccines are being carried out in the US.

Finding a way to dramatically cut the time it takes to create and distribute an effective vaccine against a new pandemic could save millions of lives when the next one strikes.