Flip through the pages of 1976’s Diane von Furstenberg’s Book of Beauty and you’ll see that the designer is a champion lounger. She is always shown at least semi-horizontal, whether posing like an odalisque behind a bedside breakfast tray or lying supine in first class. When it comes to luxurious self-isolation, there’s no one better to take notes from.

I recently re-read the guide for the first time in years, after getting re-acquainted with my shelves in quarantine. Its subtitle is How To Become a More Attractive, Confident, and Sensual Woman. No one has or ever would use those adjectives to describe me, so my interest was immediately piqued. In truth, we don’t have much in common, pre- or post-quarantine. Disco-era DVF dashed from Studio 54 to La Grenouille; I shuffle from the bedroom to the living room. Still, some of her tips spanned the divide between her 1976 glamour and my 2020 squalor. Here’s what I learned, and plan to put into practice (within reason!) in my own self-isolation. 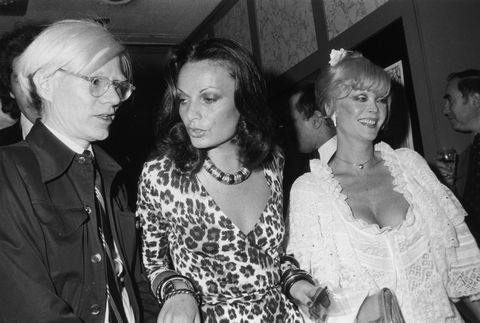 Wearing a wrap dress of her own design, with Andy Warhol in 1974.

Leopard prints will improve your life.

Even if you’re just wearing a bathrobe. In Chapter Three, “What Should I Wear?” DVF extols the virtues of the print for overall self-confidence, telling the story of selling a septuagenarian woman a leopard wrap dress. “She left as if she were going to have a roaring affair with her husband,” she recounts. Time to bring that Wild Kingdom energy to your next Zoom call.

The designer practicing yoga in 1977.

“Lazy, voluptuous stretching” is the best form of exercise.

“I Hate to Exercise!” is the title of the chapter on exercise. A French dancer named Katia (glamorous people like this are always making cameos in the book, never to be heard from again) taught DVF a sort of proto-Modelfit routine that made her revise her stance on exercise. One of the moves is basically a slo-mo bend and snap; another consists of just lying on the floor and breathing. She suggests doing these while nude, in a room full of fresh flowers. After all, the skin is, as she says in a later chapter, nature’s wrap dress.

She can make even an airport bathroom seem glamorous.

There’s no such thing as too many baths.

DVF’s disco-era self-care routine consisted of a warm bath and cool shower in the morning, followed by an end-of-day hot bath and cold shower. “Afterwards I put so much cream on my body that you can’t believe,” she says, “but I happen to have a great result: the softest skin, so ‘they’ say.” Post-bath, she’d spray herself with her fragrance Tatiana, put on a caftan, and sit in the sink. “I’ve broken more sinks…” she writes before trailing off and refusing to give more information on this important detail. I demand a sequel where we learn how many sinks were sacrificed to this ritual. 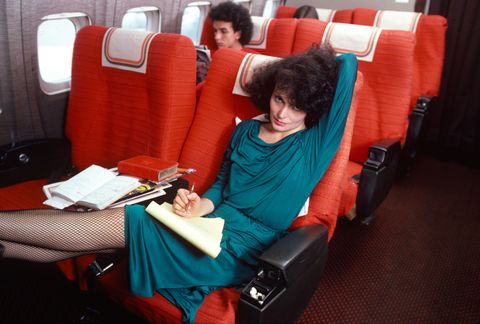 Match your makeup to your glamorous activity of the moment.

DVF evidently has it in for Thomas Edison, describing electric light as the ultimate enemy because it “deadens” your complexion. Which is why she suggests different makeup looks for day, evening, and something called “sport/country.” Of course, now that time is a flat circle, feel free to try out a Studio 54, purple-blush-up-to-the-eyebrows look anytime you please. Who’s going to stop you?

After all, as she writes, “Sleep is much easier to make up than a unique evening.”