Contrast agent, a drug that enhances CT scans, is sometimes skipped because of concerns about side effects. 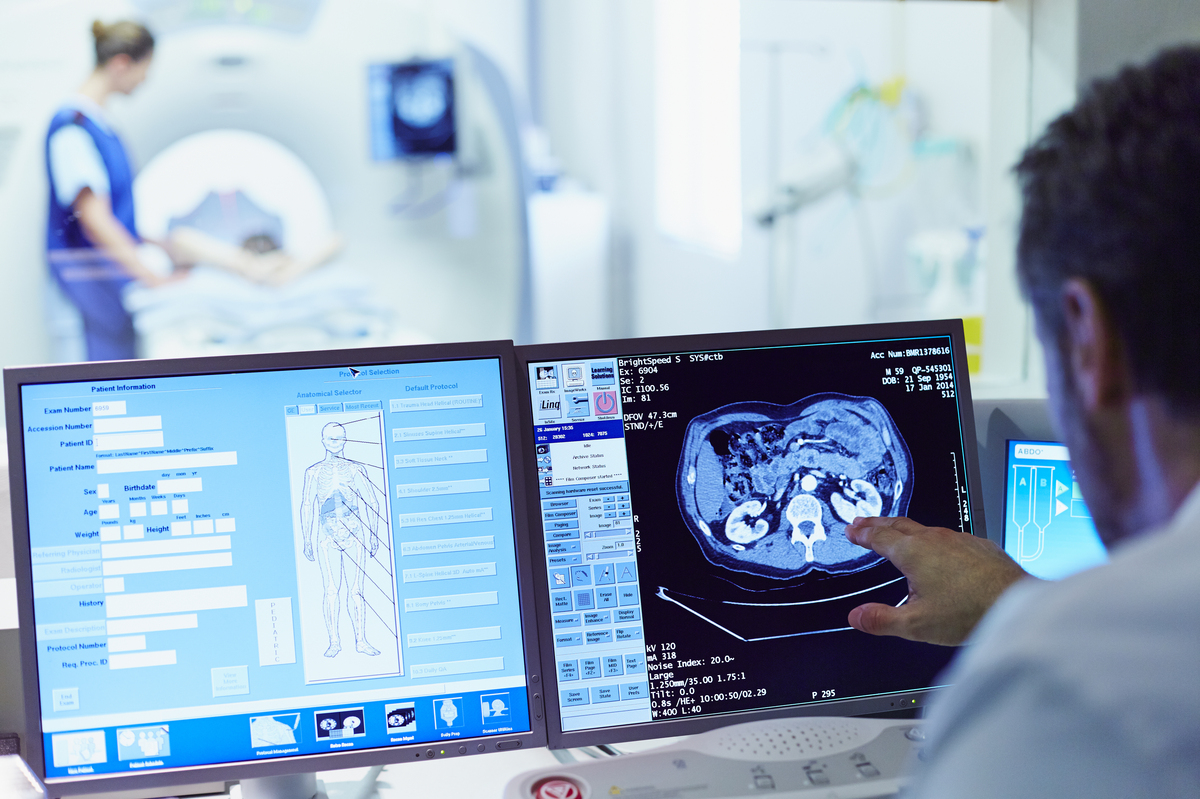 Contrast agent, a drug that enhances CT scans, is sometimes skipped because of concerns about side effects.

One of the most widely used drugs in the world isn’t really a drug, at least not in the usual sense.

Contrast agents are chemical compounds that doctors use to improve the quality of an imaging test. In the emergency room, where I work, contrast is most commonly given intravenously during a CT scan.

Around 80 million CT scans are performed annually in the U.S., and the majority are done with contrast.

Most contrast agents I use contain iodine, which can block X-rays. This effect causes parts of an image to light up, which significantly enhances doctors’ ability to detect things like tumors, certain kinds of infections and blood clots.

One thing about contrast agents that makes them different from typical drugs is that they have no direct therapeutic effect. They don’t make you feel better or treat what’s ailing you. But they might be crucial in helping your doctor make the right diagnosis.

Because these drugs are used in some people who might not turn out to have anything wrong with them, and in others who may be seriously ill, contrast agents need to be quite safe.

And by and large they are. Some patients may develop serious allergic reactions or cardiovascular complications, but these are rare. Others may experience nausea or headache.

But there is one widely feared adverse effect of contrast — kidney damage. As a result, contrast is often withheld from patients deemed by their doctors to be at risk for kidney problems. The downside is that these patients may not receive the diagnostic information that would be most useful for them.

In recent years, though, new research has led some physicians to question whether this effect has been overstated.

Is it time to rethink the risk?

The first report of kidney damage after intravenous contrast, which became known as contrast-induced nephropathy, or CIN, appeared in a Scandinavian medical journal in 1954. An early form of contrast had been given to a patient for a diagnostic test. The patient quickly developed renal failure and died. The authors proposed that the contrast may have been responsible, because they could find no other clear cause during an autopsy.

With other physicians now primed to the possibility, similar reports began appearing. By the 1970s, renal injury had become a “well-known complication” of contrast in patients with risk factors for kidney disease, like diabetes. By 1987, intravenous contrast was proclaimed to be the third-leading cause of hospital-acquired kidney failure.

The belief that contrast agents were risky had a significant effect on how often doctors used them. In a 1999 survey of European radiologists, 100 percent of respondents believed that CIN occurred in at least 10-20 percent of at-risk patients, and nearly 20 percent believed it occurred in over 30 percent of such patients. A 2006 survey found that 94 percent of radiologists considered contrast to be contraindicated beyond a certain threshold of renal function—a threshold that nearly 1 in 10 middle-aged American men could exceed.

But Dr. Jeffrey Newhouse, a professor of radiology at Columbia University, had a hunch that something wasn’t quite right with the conventional wisdom. He’s administered contrast thousands of times, and rarely did it seem to him that contrast could be said to have been directly toxic. There were often far too many variables at play.

Newhouse decided to go back to the primary literature. In 2006, he and a colleague reviewed over 3,000 studies on contrast-induced nephropathy and came to an astounding conclusion—only two had used control groups, and neither of those had found that contrast was dangerous.

“Everyone assumed that any kidney injury after contrast was a result of the contrast,” Newhouse said, “but these studies had no control groups!”

In other words, there was no group of patients who hadn’t received contrast to use for comparison.

Newhouse discovered that nearly every study supporting CIN had fallen prey to this shortcoming. The importance of controls in any experiment is elementary-level science; without them, you can’t say anything about causation.

What came next was brilliant. “Having criticized those that did the experiment without the control, we decided to do the control without the experiment,” Newhouse said. He reviewed 10 years of data from 32,000 hospitalized patients, none of whom received contrast. He found that more than half of the patients had fluctuations in their renal function that would have met criteria for CIN had they received contrast.

This raised the possibility that other causes of kidney injury — and not the contrast — could have explained the association found in earlier studies.

Other researchers stepped up after Newhouse published his findings in 2008. Physicians in Wisconsin conducted the first large study of CIN with a control group in 2009. In more than 11,500 patients, overall rates of kidney injury were similar between people who received contrast and those who hadn’t.

There was one major weakness with the study, though—it was retrospective, meaning it relied on medical records and previously collected data. When a study is performed this way, randomization to different treatments can’t be used to guard against biases that could distort results.

So, for instance, if the physicians treating patients in the Wisconsin study were worried about giving contrast to high-risk patients, they may have steered them into the group receiving CT scans without it. These sicker patients might have been more likely to have kidney injury from other causes, which could mask a true difference between the groups.

The next generation of retrospective studies tried to use a special statistical technique to control for these biases.

The first two appeared in 2013. Researchers in Michigan found that contrast was associated with kidney injury in only the highest-risk patients, while counterparts at the Mayo Clinic, using slightly more sophisticated methods, found no association between contrast and kidney injury.

A third study, from Johns Hopkins, appeared in 2017. It, too, found no relationship between contrast and kidney injury in nearly 18,000 patients. And in 2018, a meta-analysis of over 100,000 patients also found no association.

What did Newhouse make of these results?

“Nearly harmless and totally harmless — we’re somewhere between those two,” he says. “But how much harm is done in withholding the stuff? We just don’t know.”

Still, Dr. Michael Rudnick, a kidney specialist at the University of Pennsylvania, isn’t so sure it’s time to clear contrast agents completely. He thinks there still could be some danger to the highest-risk patients, as the Michigan researchers found. And he pointed out that even sophisticated statistical analyses can’t control for all possible biases. Only a randomized trial can do that.

Here’s the rub, though, Rudnick says we’re unlikely to get a randomized, controlled trial because there’s still a possibility that contrast could be harmful, and ethics committees are unlikely to approve such a trial.

It’s a conundrum that existing belief about contrast agents could actually limit our ability to conduct the appropriate trials to investigate that belief.

Matthew Davenport, lead author of the 2013 Michigan study, and chair of the American College of Radiology’s Committee on Drugs and Contrast Media, says that “the vast majority of things we used to think were CIN probably weren’t.”

But he does agree with Rudnick that there could still be real danger for the highest-risk patients. He echoed the current American College of Radiology recommendations that the decision to use contrast in patients with pre-existing renal disease should remain an individualized clinical decision.

For now, if you are in need of a scan that could require contrast, talk about the risks and benefits of the medicine for you and make the decision together with your doctor.

Clayton Dalton is a resident physician at Massachusetts General Hospital in Boston.