The emerging label nabbed a win last week, when Katie Holmes wore its dust-colored wool bralette and cardigan while out shopping in Manhattan. Thin, rich, and bronze-shouldered, Holmes vibrated with the power of ‘70s Jackie O. and ‘90s Liv Tyler. Designer Cate Holstein gained more power of her own, propelling her into New York Fashion Week with increased Instagram followers, style editor fawnings, and an energy ripe for Haute Girl Fall.

What’s Haute Girl Fall? I’m not totally sure yet, but here’s what it could be: A fresh wave of female talent that transforms New York Fashion Week into a hub of innovation, inclusivity, and insanely pretty clothes. Yes, it’s unfair to assign female designers the burden of fixing an entire style system. And there are many men—Kerby Jean-Raymond of Pyer Moss, Victor Glemaud, and Christian Siriano among them—who embrace the female form in compelling, ingenious ways. But like the Time’s Up movement, the U.S. Women’s Soccer team, and the slew of newly-elected female representatives, it’s likely that fashion’s women will lead the way on respectful labor, thoughtful practices, and diverse casting not just of size and color, but age.

And it can’t come too soon for NYFW. On one hand, the usual moans—it’s over; it’s a bore; it’s not cool anymore—have been hacked up between vape drags for years, and they’re never quite true. There are always bits of magic, moments of true discovery, and even (gasp) fun in the midst of traffic jams and shitshow entrances. But it’s undeniable NYFW has lost lots of blood, including beloved labels both large (Calvin Klein, Alexander Wang) and small (Rodarte, Altuzarra). At some shows, the street style parade outside is way better than the actual catwalk. Add the way ubiquitous livestreams and hashtags no longer necessitate a once-crucial invite (or event a desire to leave the couch!) in order to commune with the gods of Marc Jacobs and Ralph Lauren, and you’ve got a system ripe for—dare I say it—disruption.

So into the chaos comes a new league of female designers, all with visions of what style should mean. For Khaite’s Catherine Holstein, it’s “a fresh balance of opposing elements [like] past and future, masculine and feminine, strength and softness, structure and fluidity,” which translates to Phoebe Philo-adjacent dresses, killer luxury denim, and sustainably sourced knitwear that Holstein expertly reinvents every season. The New York Times called it “a quietly sybaritic windswept mood,” but we’ll call it something simpler: As in-the-know cool as it is expensive. And by expensive, I mean over $1000 for the coveted cashmere pieces, which stop at a Large.

While that size limit is indeed disappointing (and fuels doubt that designer catnip won’t work on the un-famous), the industry can look to other female-founded brands to fill those gaps: take the knitwear from Universal Standard (up to size 40) and Lauren Chan’s artful blazers for the new plus-size line Henning, which launched just this week. 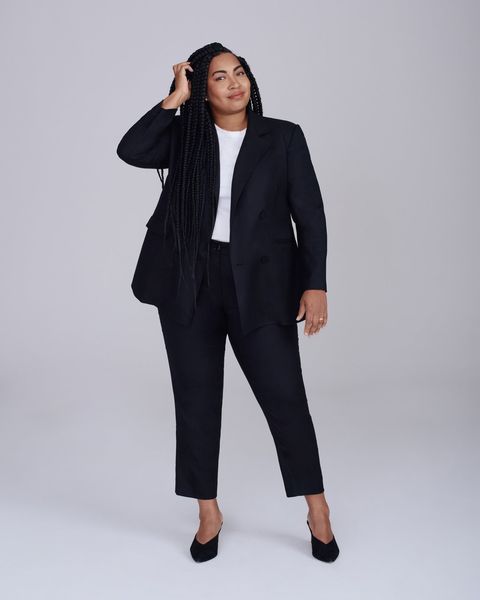 At the other end of Haute Girl Fall is Kim Shui, the Milan native whose median price point is $250, and whose target audience includes Kylie Jenner, Halsey, and Barbie Ferreira. “Almost 100% of our e-store traffic comes from Instagram,” Shui told us last season in her studio, “So of course, how it looks on social media influences how we design and style the pieces. But they have to move beautifully, too.” Shui’s tie-dye velour and silk dresses are certainly Insta-gold, and though they’re unlikely to overlap with the GOOP crowd, they do recall Prada’s 2004 tie-dye moment… if it were tighter, lower-cut, and made through size 2X.

But size diversity isn’t where Fashion Week’s renaissance has to stop. A wide age range is also a gratifying sight on the catwalk, and Collina Strada designer Hillary Taymour goes hard with her demographics. Two years before Michael Kors brought Patti Hansen and Pat Cleveland onstage, Taymour gave her spotlight to older artists, dancers, activists, and even her friends’ moms by placing them on her runway. She’s also pledged to make this season a crusade for sustainable living, which may be why her show will be held at an actual farmer’s market. Newbie Kelcie Schofield’s line, Cie Denim, is in the same vein, with all material coming from recycled or deadstock jeans.

Not as earthy but just as eco-savvy is Chromat, the line from Becca McCharen-Tran that’s consistently advocated for accountability in its collections. That means clothes are available in a spectrum of sizes, but also that they’re made with fair-wage labor in NYC and Bulgaria, and a nylon mill that “has worked with an international diving team to remove over 160 tons of fishing nets from the world’s oceans and turned them into yarn [that] can be recycled infinitely, without loss of quality.” 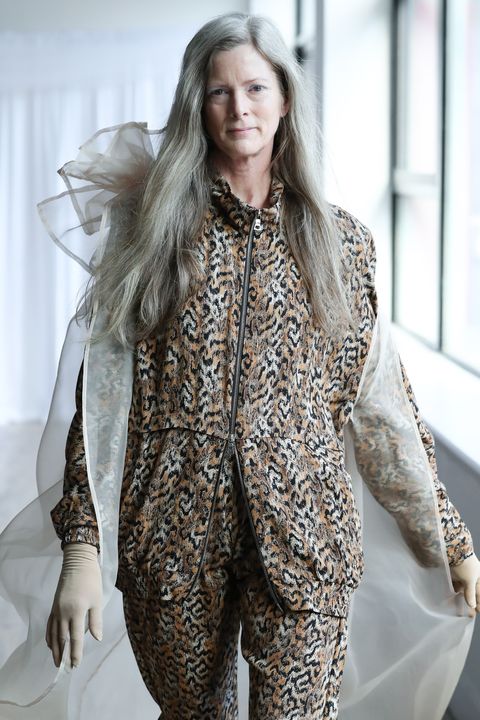 A model on Collina Strada’s runway

Said quality can also be found at Duncan, the 6-month-old line from Estée Lauder executive Michelle Duncan. “We get our tartans from actual Scottish mills because we want it to be sustainable, and to support a local economy, and to last forever,” the designer says. “It’s not supposed to be trendy. It’s supposed to fit you like armor. You wear it because it makes you strong, and strength isn’t a one-season thing. It’s forever.”

That aspect of longevity echoes through other female-led brands at Fashion Week, including in the designs of Carly Cushnie, Mansur Gavriel, Rosie Assoulin, and Zero Maria Cornejo, all of whom eschew trend cycles in favor of artisan-made materials, timeless silhouettes, and color stories so dynamic that they transcend seasons. As Tracy Reese said of her own newly relaunched collection, “I don’t want you to buy something from me and then get tired of it. I want you to buy something from me and have it become a part of you.” 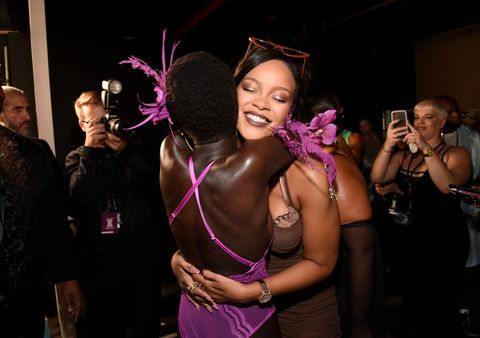 Which brings us to Rihanna and Batsheva Hay. Though on the surface, they’re diametrically opposed in design (lingerie versus Little House on the Prairie), both confront body politics in refreshing ways, resulting in pieces you’ll want to hold on to for life.

Ultimately, it’s clear that the future of Fashion Week is female-driven. Will this season’s emerging crop of designing women make it more inclusive, more sustainable, and way more gorgeous? The evidence is optimistic—if not for total systemic change, then at least for a traffic-stopping cardigan.