Style Points is a weekly column about how fashion intersects with the wider world.

It’s become commonplace to say that a designer’s runway “looks like the world,” but truly world-reflecting casting is still, unfortunately, far from a universal reality. The London label Art School has been, since its debut in 2017, committed to creating a microcosm of real life on its runway. Designer Eden Lowath’s spring 2021 show, held at a park in Highgate, felt like the culmination of that mission, with 35 models in a wide range of ages, body shapes, backgrounds and gender presentations all coming together on his outdoor catwalk.

The casting process, he says, has “been about reaching out to different community groups, and forming this kind of dystopian family.” That family could include everyone from “a 55-year-old straight woman from Dorset who’s a politician and found me through MatchesFashion,” the UK retailer that has championed the label, to fellow London designer Cozette McCreery of the brand Sibling, to a “19-year-old Muslim gay man from Leeds who I found on Instagram.” 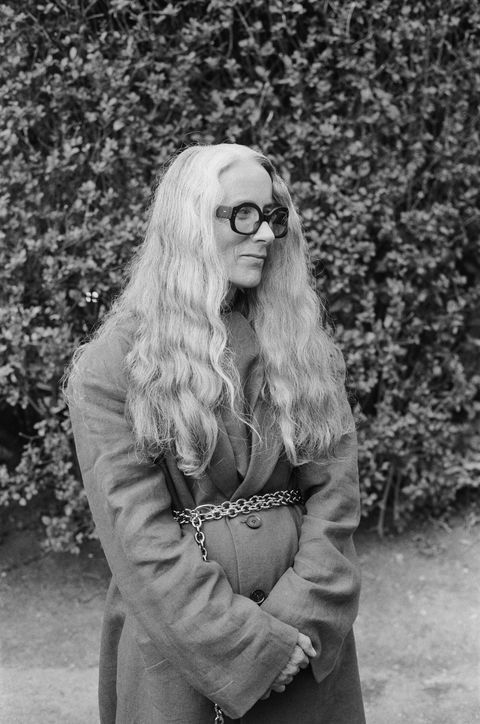 “Many of those characters re-appear each season as people grow and change,” Loweth notes. “Obviously as part of that, we really have championed trans people from the beginning.” This season, he decided to “expand upon that and look at new communities.” After contributing to a paper on diversity and inclusion put out by the industry think tank Fashion Roundtable, Loweth met reps from Zebedee, an agency that works with people of different abilities and trans/nonbinary identites. “I corralled them outside the House of Commons,” Loweth recalls, and they connected him with some of the talent they work with, including several models with prosthetic limbs. The casting “said something really special about community, especially in the year that we’ve just had.” 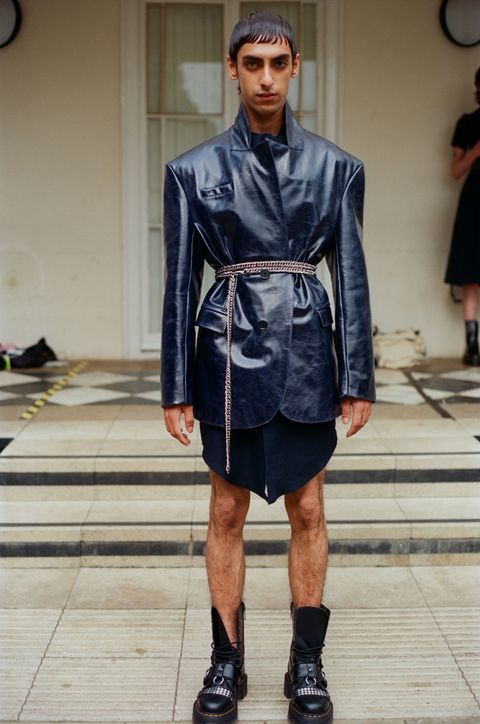 One of the models from the brand’s spring 2021 show.

Speaking of community, “It was quite funny, because a lot of the models are now either seeing each other, or part of some kind of friendship group,” he says, laughing. “It’s scary; I’ve formed this really close-knit, incestuous family of models, which I quite love.” His customers were also represented on the runway, quite literally; he cast some of his most loyal wearers in the catwalk show. 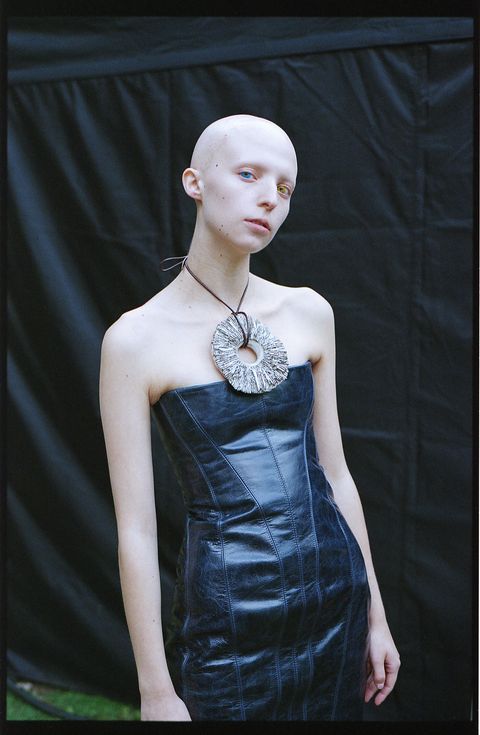 And while gender-fluid dressing has become increasingly the norm, Loweth has taken things a step further by designing with people who are transitioning in mind. “I’ve always done a lot with the bias cut,” the diagonal-cutting technique pioneered by Madame Grès that allows for stretch and is commonly used for silk slipdresses and lingerie, he explains. Loweth began incorporating this approach into Art School’s suiting. “As you’re transitioning, or indeed for anyone as their body changes over the course of their life,” he explains, the pieces allow for options. With a jacket, for example, “You can change the button placement or remove the buttons completely.” The natural stretch in the fabric allows it to be single-breasted, double-breasted, or remain open, and still fit. The same approach used with a pair of trousers creates “a fluidness to the way it hangs across the body,” he says. 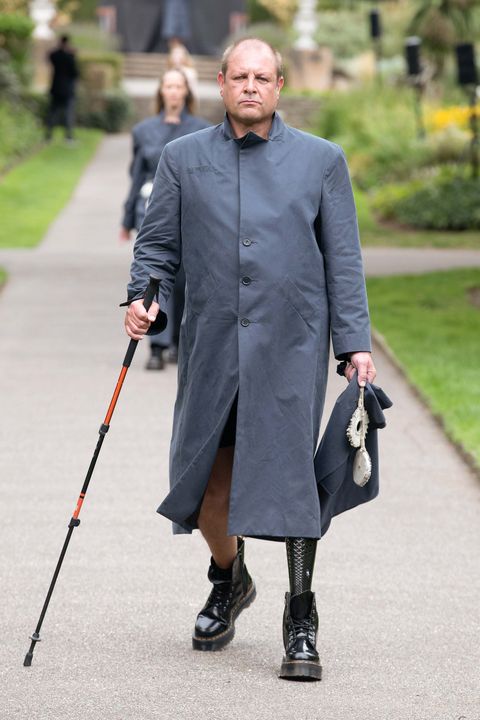 Left and right: on the runway, Art School Spring 2021. 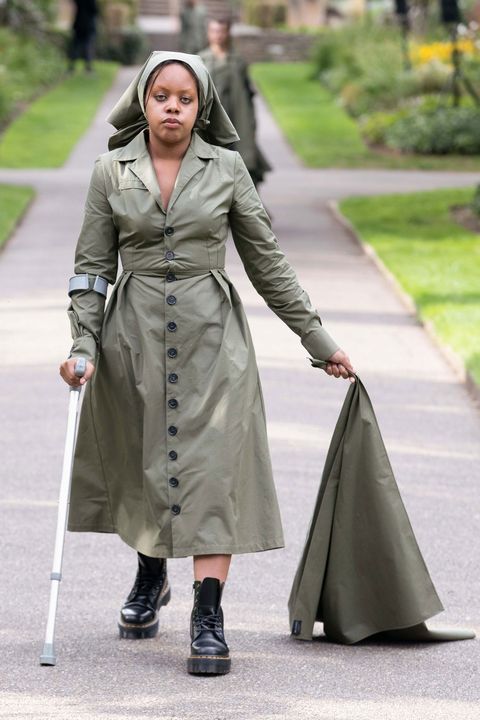 When we speak, Loweth is in the planning stages for a show at “probably the most famous landmark in London” to be filmed at the end of January, with super-stylist Katie Grand working on the show and Matches supporting the whole enterprise. After securing Grand and the show space on the same day, Loweth went home that night and called his mom in disbelief. “Things like this aren’t designed to happen to people like me, from the background I come from,” he marvels. “I didn’t go to [Central] Saint Martins, I don’t have loads of money, I don’t have wealthy parents, so having the ability to do this and continue to grow, but also for people to truly want to support me, is humbling, but also exciting. It means that I can really push everyone to do something extra each season.” The upcoming show will be titled Ascension, and he calls it “a further investigation into this idea of community.” Which is something Art School clearly knows a thing or two about.