Professional models, for one, were not involved. Instead, SOREL chose to cast a lineup of real, everyday women. The show started on a typical runway stage, but quickly opened up and continued on the streets of New York’s Meatpacking District.

The show was less about modeling SOREL’s latest designs and more about empowering women with a simple message: The world is your runway. Check out a behind-the-scenes look at how the unique show promoting SOREL’s fall line came to life.

SOREL cast a diverse group of 100 women from all over New York City to walk in the show. After hours of fittings, each woman wore outfits from Trunk Club, a personalized clothing service brand. The looks, styled by Kate Young, ranged from cool utilitarian jumpsuits to breezy shirt-dresses and casual sweater-and-denim combos.

After the event, all apparel was donated to Dress for Success, a nonprofit organization that provides support and professional ensembles for low-income women as they go through the job interview process. 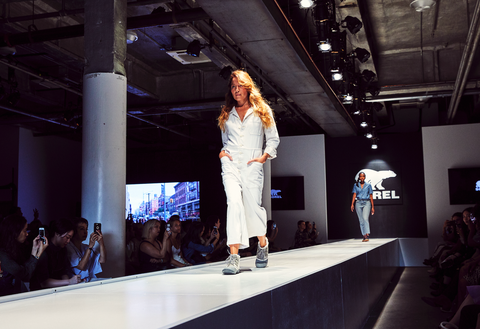 The fashion show started like any other: a stage, a branded backdrop, bright lights, upbeat music, and a seated audience. But as each woman reached the end of the runway, she stepped off the stage, exited the venue, and continued to walk on a mapped-out, mile-long course—up and down the High Line and all around the Meatpacking District. 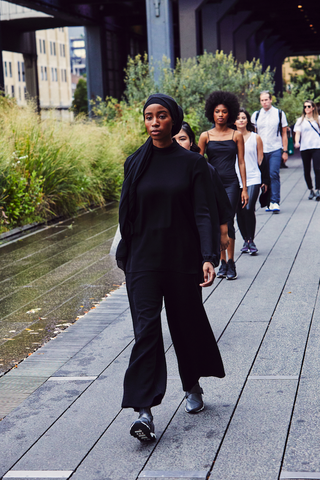 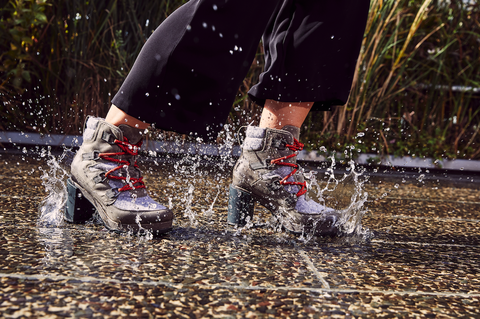 The show began at 5:50 p.m. and for the next 90 minutes, the women stomped through the streets of New York in SOREL’s fall collection. The mile-long “runway” highlighted the shoes’ functionality, as the women stopped traffic, walked through rain showers, and trekked up and down the city’s elevated High Line park. 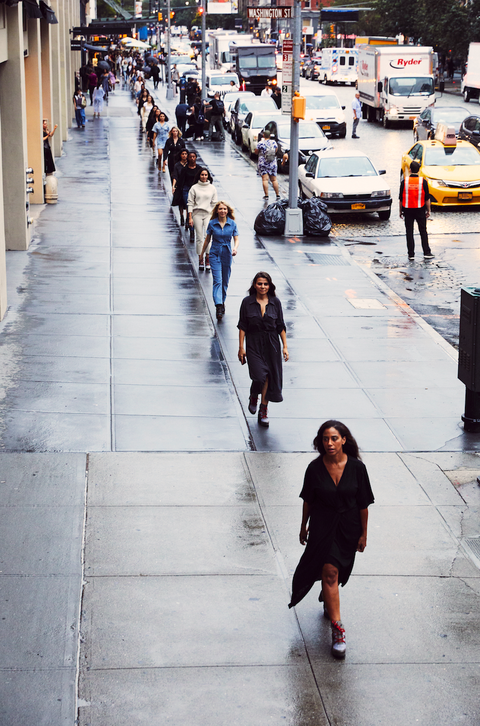 Joan of Arctic™ NEXT Boot 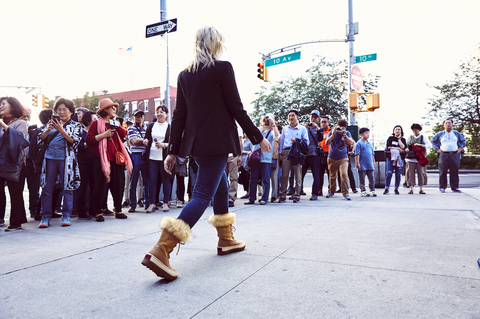 Hundreds of guests were invited to the mile-long show, but the numbers steadily increased as the event went on—onlookers stopped to take photos and cheer on the women as they passed.

Yes, the day was about showcasing SOREL’s functional yet fashionable footwear—but it was also a celebration of a group of diverse and real women. The only appropriate way to end the day, of course, was to toast to the women and their mile-long walk with 100 bottles of champagne. Now that’s a celebration.

Andrea Cheng
Andrea Cheng is a New York-based writer who writes about fashion and beauty.